Mrs. Michal Lashansky holds a BA in Jewish studies and History from Monash University. She also holds an MA in Tanakh from Bar-Ilan University and a Diploma of Education from Michlelet Efrata.

Originally from Melbourne, Australia, she taught at her alma mater Beth Rivkah for one year before making Aliyah to Modiin in 2009. Since moving to Israel, Mrs. Lashansky has taught online classes for students in America using Zoom and other technological tools (pre-Corona!). For the past 7 years, she has been working at the National Library of Israel, introducing students to the library resources and working on the Jerusalem Curators research-based program. She has taught PD sessions on using primary sources to teachers in Vienna, Melbourne, and around the world.

Mrs. Lashansky loves music - and has been involved in a choir, performing in a women's production of Fiddler on the Roof. She also enjoys cooking and Zumba. Mrs. Lashansky is moving to Atlanta with her husband David and three kids: Shalhevet, Hallel and Amichai. 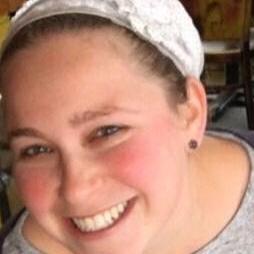