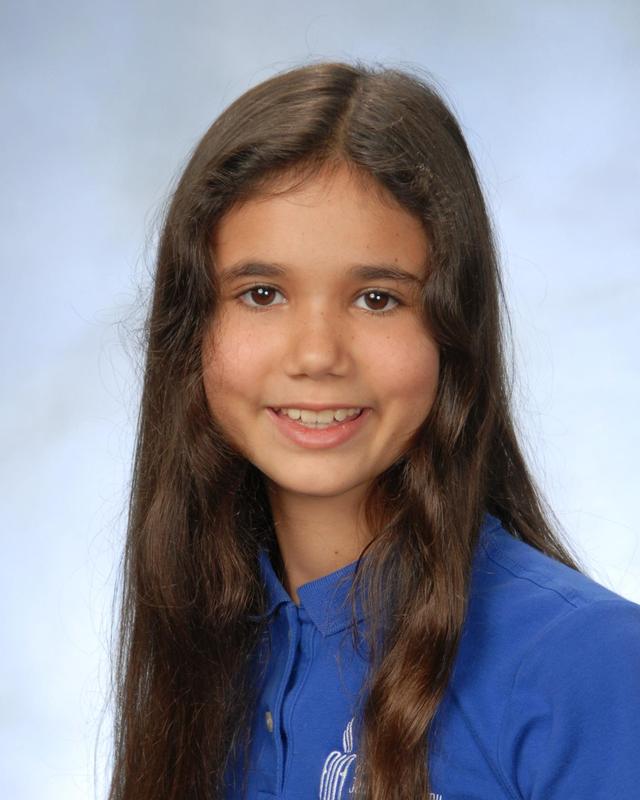 I am excited to share some words of Torah from my Bat Mitzvah parsha. My parsha, Parshat Vaeira, talks about the beginning of Moshe’s role in leading the Jewish people out of Egypt, by going to Pharaoh and performing the Makkot (plagues).

When I started reading through my parsha, I was a bit surprised.  Whenever I’ve thought about the Exodus, it’s always been Moshe’s story.  You know, Moshe going to Pharaoh saying “Let My People Go” and performing the Makkot.  Instead, what I noticed was that Moshe’s brother, Aharon, is way more involved than I’ve ever thought.  It is actually Aahron who speaks to Pharaoh and performs many of the Makkot like Dam (blood) and Tzfardea (frogs).  This made me wonder - why was Aharon performing the Makkot and not Moshe?  If you look at most Haggadahs, you will see that it mentions Moshe.

“Israel saw the great hand that Hashem laid against Egypt; and the people feared the L-rd, and they believed in the L-rd and in His servant Moses."

But where is Aahron? Even in kids movies like “The Prince of Egypt” - they get it wrong.  They show Aahron as arguing with Moshe instead of supporting and working with him.

So I thought, it seems like Aharon is pretty important in this process but most people don’t even pay attention to the fact that he was there, let alone that he had such an important role.

When Moshe was appointed to bring Bnei Yisrael out of Egypt, the original plan was that he and Hashem would perform all of the Makkot and miracles together. When Aharon was added as an equal to Moshe, it became clear that Aharon would have to have a role in performing the miracles as well.  Aharon’s genuine character and his ability to talk to people made him the perfect person to start the Makkot which would pave the path toward Bnei Yisrael’s ultimate redemption.

I decided to explore this a bit more in order to understand Aharon. To start, I went back to where Aharon was first mentioned in the Torah, which is in last week’s parsha, Shemot. In last week’s parsha, when Hashem was telling Moshe that he would speak to Pharaoh and lead Bnei Yisrael, Moshe said many times that he did not want to speak to Pharaoh because he thought that he was not a good speaker.  After a lot of back and forth, Hashem finally said “Fine! Your brother Aharon is a good speaker, he will speak for you!”. I understood from this initial exchange that Aharon would be Moshe’s assistant on his mission.

But Aharon becomes much more than Moshe’s ‘assistant’. When Moshe goes to meet with Aharon, it is clear that Hashem has chosen Moshe to have the very special job as leader of the Jewish people. I was struck by Aharon’s reaction.  Some siblings might be jealous, especially given that Moshe is Aahron’s younger brother. Aahron is not jealous of Moshe, instead he is happy to see him and truly happy for him, the Pasuk says:

Throughout Aharon’s life, he served alongside Moshe without any jealousy, or resentment in an amazingly selfless way. This is pretty incredible - no sibling jealousy or resentment. Aahron didn’t need to take any credit for the things he did to help his brother or others. He simply did these things because he wanted to help and they were the right things to do.  He was rewarded, not because he expected to be rewarded or sought out acknowledgment, but quite the opposite. He was rewarded because he did these things with a pure heart and pure intentions. Because of these important characteristics, the Torah describes Moshe and Aharon as both:

All words and even specifically the placement of words in the Torah have meaning.  Rashi explains that the Torah goes back and forth between describing Moshe first to describing Aahron first, as being so, because when Aharon was appointed along with Moshe in Parshat Vaeria, he became equal to Moshe.

Further, according to Rashi, Aharon was rewarded for his initial reaction of happiness to Moshe’s success, by being given the role of Kohen Gadol (the high priest). While the Kohen Gadol’s main role is to bring Bnei Yisrael closer to Hashem, which Aharon did, according to many commentators, Aharon also brought peace between Jews who had disagreements and helped create Shalom Bayit between husbands and wives.

One more thing about Aharon that I find particularly interesting is that he was the middle child of his family. He had an older sister Miriam, who as we know, was a strong leader of women, and of course his little brother Moshe - who we all know is pretty famous. Even though he was sandwiched between these very strong personalities, he was able to carve out a path of his own.  I started at the beginning looking at when Aahron was first mentioned in the Torah and finally, I looked at Aahron’s death. An interesting fact is that when each of Aaharon’s siblings died, Miriam and Moshe, it says that Bnei Yisrael waited and mourned for their leader. However, when Aaharon died, the Torah uses the words:

The words כֹּ֖ל בֵּ֥ית יִשְׂרָאֵֽל describe a special connection that Bnei Yisrael felt to Aharon. He was not just a leader, he worked to build personal connections between people, which is why when he died, every home in Israel cried over him like they lost a family member, and they mourned for him in this way as well, by observing the 30 days of mourning - the shloshim.

I went into studying my parsha, thinking that I would be focusing on Moshe and the Makkot. Instead, I was drawn to and explored this amazing selfless man Aahron.

I can connect to Aharon because I too am a middle child - I  have an older brother, Jordan (Yehudah Aahron) and a younger sister Siena. Like, Miriam, Aharon and Moshe, we are all very close even though we all have very different personalities and strengths. Even though sometimes it’s hard to be the middle child in the family, I’ve learned that, like Aharon, I can both help out my siblings with their goals and also carve out my very own identity within my family and our greater community.

What I most admire about Aharon is that he knew that empowering others does not detract from your own character, but can help build it. Through his initial true happiness for his brother, Aharon became a sought after advisor and leader for his people. As a Bat Mitzvah, I am excited to build my role in the community on similar principles and hope this is my first step.