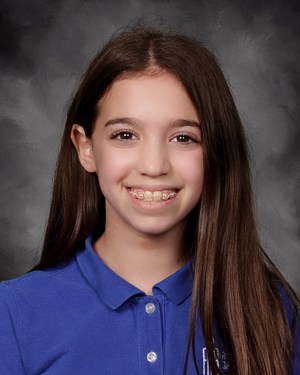 Written by 7th grader Sara Goldberg, who will become a Bat Mitzvah this Shabbat

Written by 7th grader Sara Goldberg, who will become a Bat Mitzvah this Shabbat

My Torah portion is Tazria from the book of Vayikra. This parsha is about the Jewish people having leprosy and having to be isolated for seven days to stop spreading the disease. Let me remind you, they didn’t have doctors, they were the kohanim, priests. On the seventh day of isolation, the priests would examine the patient and if their problem improved, they would be allowed to return to the community. But if the rash spread, then they were not healthy and it was declared leprosy.

Tazria is in the running for one of the most unsettling parshat in the Torah. Though, from the fact that it is unpleasant, it teaches everyone a very valuable lesson. When a person had leprosy, they were sent into isolation for seven days. Something that interested me was that leprosy in Hebrew is Tzaraat, and a person with Leprosy is called a Metzora. These sound very similar to Motzi Shem Ra, meaning a person who spreads gossip. One way of understanding this portion that is still relevant today is, a person who gossiped was removed from the people, not because they were sick physically but because they were spreading a figurative virus.

I learned a story once about a man who gossiped and felt bad about it, so he went to his Rabbi and asked what to do. The Rabbi said to take a lot of feathers and throw them all over his backyard. The man did this, came back to the Rabbi who then told him to try to pick up all of the feathers. This was impossible since they had been scattered by the wind, just like gossip is spread. Some people may end up forgetting it but not all will. Spreading gossip is like spreading leprosy, spreading a virus of evil.

Many people have trouble avoiding gossip. When a person avoids gossip, they show a power of strength. It shows our ability to not be taken into the dark world of gossip. During the time of the Torah, the person with leprosy was isolated for seven days. Perhaps if in our world today we isolate someone who gossips, we might have a more peaceful community. By this I mean, there are so many mean-spirited and thoughtless people in our world who never consider how hurtful their words are. If we were to isolate them and stop listening to them, they might realize their problems and how to resolve them.