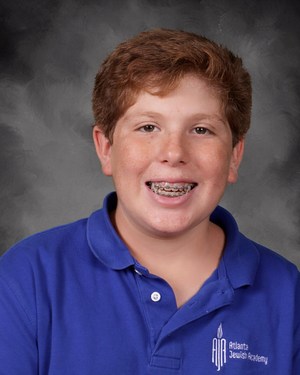 In this week's Parsha Vayikra, there are many details about sacrifices. Even though that is the main theme in this week's parsha, I would like to talk about something different. What I would like to talk about is the word Vayikra at the beginning of the parsha.  This word looks different from all of other words. It looks normal except for the small aleph at the end of the word.

So exactly what does this small aleph mean, you may ask yourself? The small aleph in the word Vayikra at the beginning of the parsha can symbolize a few different ideas. One idea would be that Hashem is being humble. Another idea is that Moshe is being humble. Now you may be thinking in your head “how can a small aleph symbolize that a person is humble?”

Let’s start with the idea that the small aleph symbolizes the humility of Hashem. According to Rashi, Hashem wanted to use the word Vayikra (which means and “he called”) in this pasuk.

Hashem is being very polite and says, “Moshe, is now a good time to talk?” This is a sign of Hashem’s humility - that he is asking if it is Moshe has time to talk.

Another idea is that this small aleph is a sign of Moshe’s humility. This is a sign of Moshe being humble because he really wanted to put the word Vayikra, without an aleph. This implies that Hashem and Moshe just happened to meet at the OHEL MOED or tent of meeting and not Vayikra, which means that He called for Moshe politely. Moshe agreed to write “Vayikra”, but he wrote the small aleph to stay humble, but also to do what Hashem wanted. In conclusion, we see that it is Moshe and Hashem who are being humble with their actions. If Moshe and Hashem can show humility, then all of us can too.

Have a great Shabbos!