Do the Clothes Really Make the Man? 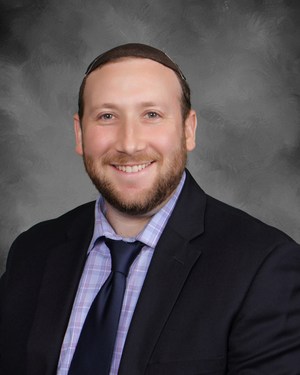 In his famous “to thine own self be true” speech of fatherly advice, William Shakespeare has Polonius tell his son Laertes that  “the apparel oft proclaims the man” William Shakespeare (Hamlet 1:3), a few hundred years later, the old adage we are all familiar with that “Clothes make the man” is attributed to Mark Twain, and we have all heard the advice to: Dress the part… or Dress for success.

At the beginning of this week’s Parsha, Hashem commands Moshe to have priestly garments, בגדי כהונה, fashioned for Aharon and his sons. The passuk states that these clothing are “לקדשו לכהנו לי” “to sanctify [Aharon], to serve [Hashem] as a Kohen.”

This concept is codified in Halakha, “...בזמן שבגדיהם עליהם כהונתן עליהן” “When they are wearing their priestly garb they are enrobed by their Kehuna..."

"אין בגדיהם עליהם אין כהונתם עליהן" “But if they are not wearing the בגדי כהונה, the priestly garments, their status as Kohanim is lacking.” While practically this only means that if the kohanim are not wearing their בגדי כהונה their avodah/service in the temple is disqualified, and they do maintain their status of Kohen without them, why is such an import placed on the role of the בגדי כהונה, the uniform of the Kohen? Is the Torah sending us a message that the clothes make the man?

While many commentators focus on the description of the בגדי כהונה, the priestly garments, as “לכבוד ולתפארת” “for honor & beauty” and understand the role of the בגדי כהונה, the priestly garments, to be about the grandeur of the position, a way of honoring Hashem, as with many of the aesthetics of the temple in general, I’d like to humbly suggest a deeper message here in the concept of בגדי כהונה, the priestly garments. We often think of clothing as a mode of self expression- what I wear is in some way a reflection of my inner feelings, of my mood, etc. The entire fashion industry is built on the idea that clothing design is a mode of conveying ideas. Wearing clothing, then, is about the message I am sending to those who perceive me. This is certainly the idea behind the lines of Shakespeare and Twain- that what I wear affects how others perceive me and thus I can control how I am perceived by wearing clothing that sends the desired message.

Perhaps the Torah here is flipping the script, reversing the equation. The same way that the Sefer Hachinuch suggests “אחרי הפעולות נמשכים הלבבות” that our actions have the ability to change us, perhaps the same can be true of clothing- that what I wear can affect who I am. Maybe the same way habituating myself to doing mitzvot can influence my character, my personality, habitually wearing certain types of clothing can indeed affect how I think and act. While this may sound far fetched, it is exactly the findings of Professor Adam D. Galinsky and Hajo Adam 2 psychologists who coined the term Enclothed Cognition to refer to this phenomenon that the clothes you wear can affect how you think and act. Their research showed that based on the symbolic meaning of a specific article of clothing or uniform and the psychological experience of wearing this clothing my cognition and my behavior actually changes.

Using this lens, I’d like to suggest that the בגדי כהונה, the priestly garments, are intended to influence the wearer, the Kohen- as the passuk says: “לקדשו לכהנו לי” “to sanctify him, to serve Hashem as a Kohen.” These clothing are intended to make the wearer take his duties seriously (act w/ כבד ראש). The realm of the temple is one that is governed by clear commandments of ritual practice and this is an essential piece in the life of a Kohen when he is serving. It is, therefore, not a coincidence, that the two parshiyot in the Torah that deal with the inauguration of the Kohanim -צו & this week’s parsha תצוה- share the same root meaning commandment.

If the Torah intends for us to see the priestly garments as influencing the Kohen, then certainly by analogy the same is true for all Jews, after all we are called by Hashem a “ממלכת כהנים” “a kingdom of priests.” We too need to internalize the message of the בגדי כהונה, the priestly garments, in our own lives. If the Kohen has clothing designed as a regal reminder of the seriousness of their role and their responsibility in the temple, we should reflect and ask ourselves- how should our dress influence our thoughts and actions? What is our uniform? What is our dress code? How does it serve to remind us of our role and responsibility in the greater world in which we serve Hashem?