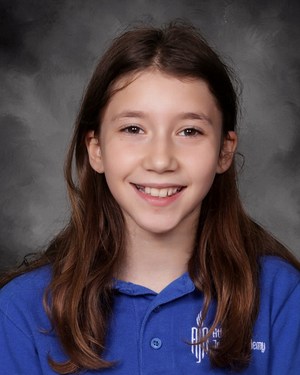 Thursday, December 14, 2017
Written by 6th grader Kayla Feingold, who will become a Bat Mitzvah this Shabbat

Written by 6th grader Kayla Feingold, who will become a Bat Mitzvah this Shabbat

When it comes to being Jewish, Yosef lived differently throughout his life.

When he was young, he lived with his Jewish family, did Jewish things, and overall was about as Jewish as he could possibly have been.

Even when his brothers sold him into slavery and he arrived on his own in Egypt, he remained very Jewish, and stuck to his Jewish values, even though he was the only Jew in Egypt.

For example, when Mrs. Potiphar tried to seduce him, he stuck to his Jewish ethical beliefs, and ran away. When he was in jail, he told the baker and winemaker, that God is the interpreter of dreams, and not he.

However, as he grew older, and went from being a slave to the second in command of the entire nation, he shed his Jewishness, and became Egyptian. Let’s see how.

Remember Pharaoh’s dream? Yosef predicted seven years of plenty followed by seven years of famine, so Pharaoh put him in charge of preparing for the hard times, by saving food during the seven years of plenty. In fact, there was so much food saved, that they had extra food to share with their neighbors. It was during the famine, that Yosef’s brothers traveled to Egypt in search of food for their families.

When they arrived, they assumed that they were asking a random Egyptian for food, when in fact, it was their brother, who they didn’t recognize.

But in truth, it’s not that simple. For even this Egyptian, who acted so very not Jewish, gave his children Jewish names.

Why would someone who was so Egyptian in every way, give his children a Jewish name? It seems to me that he still wanted to be a little Jewish even though he loved his Egyptian life. That he realized the decision to be Jewish or Egyptian was not really black or white, Jewish or Egyptian. Rather, it’s about being somewhere on a spectrum. It’s Jewish and Egyptian. It’s about bringing out your Jewishness as part of who you are.

That’s how I see myself, too. I go to a Jewish school, I’m having a Bat Mitzvah, and belong to a great synagogue (by the way, that means to me that the people are great, not the building). Deep down, I know I’m Jewish, and embrace my Judaism, but it’s not all of who I am. I’m a gymnast, I’m a good friend, I’m a good student. And I’m Jewish. These are all important parts of who I am, but none of these are all of who I am. And that feels about right to me.

There are so many different kinds of Jewish in this world, and even in this room. I hope everyone can find the kind that is right for them.

Thank you and Shabbat Shalom!