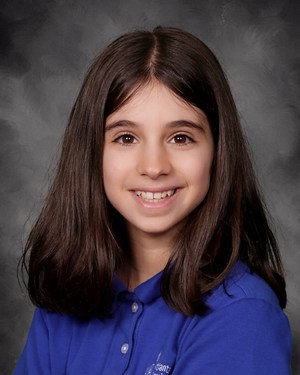 Wednesday, October 25, 2017
Written by Eva Beresin, who will become a Bat Mitzvah this Shabbat.

Written by Eva Beresin, who will become a Bat Mitzvah this Shabbat.

In this week’s Parsha Lech Lecha, G-d gave Abraham a difficult task. Abraham was told to pack up his stuff, gather his family, and leave his country to travel to an unknown land, trusting that G-d would lead him down the right path. How would you handle leaving everything that you have ever known and moving to a new country, especially when you have no idea why you are leaving, or if you are going in the right direction? After all, Waze didn’t exist back then.

Today, I would guess that most people would find that challenging, but Abraham did not seem to have a problem with it. The Torah does not tell us whether Abraham debated leaving or not, but it seems like as soon as G-d finished talking, Abraham was already preparing for his big journey ahead. He either really trusted G-d, or he was already bored of Haran and eager to get out! Thousands of years later, we know that Abraham made the right choice, but Abraham could not read the future, so he did not know that when he left.  He just had to believe that it was actually G-d steering him in the right direction, and also that it was not silly to go through all of this trouble.

I think the reason that Abraham had such an easy time deciding what to do was because Abraham focused on the positives instead of the negatives of the situation. Instead of saying, "Is this really G-d talking to me?" or "I don’t have time to pack up my stuff and say goodbye to everyone on such short notice!". Instead, he decided to be brave, believe in himself, and follow whatever path his life might take. No matter the time, being an optimist is always the best way to go.

While I admire Abraham’s quick departure, I think that he had to have given the matter some thought. Most people today would probably hesitate before making a huge decision like the one he did. I definitely think I would. Sometimes, it’s better to think things through before you do them. For example, I sometimes am rude to my brother. Later on, I wish that I had actually taken a second and thought about what I was doing before I did it. Especially today, it is extremely important to think before acting because of the latest technology. Phones and emails make it much easier for for people to bully or tease others without thinking, because all of the hurtful stuff online never really goes away, despite what most people think. Every person, young and old should take a second to think before they click send, or open their mouth to say something.

Even though I have never been asked by G-d to journey away from my home, my parents have taught me to think before I act, on both big things and small.  I am sure that G-d will not ask me to leave Atlanta and move away, but I know there are plenty of big decisions that I will have to make in my life.